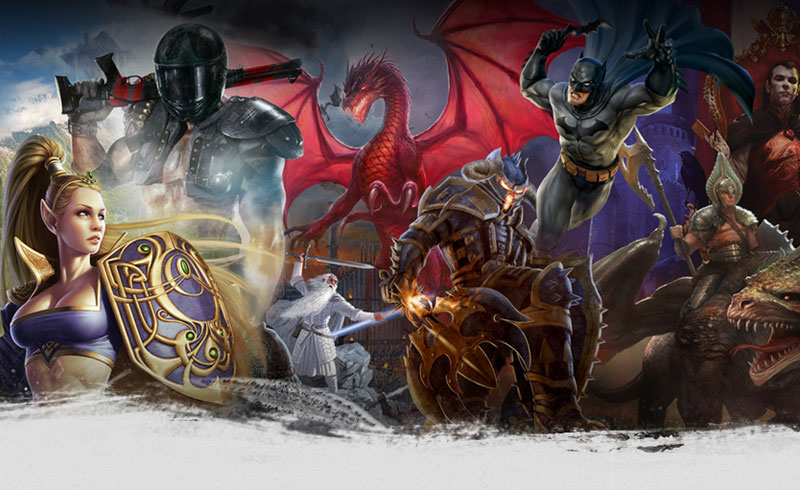 NantWorks has made a strategic investment in Daybreak Game Co., a developer and publisher of multiplayer online games, and formed a game-publishing joint venture.

NantWorks didn’t disclose the size of its investment but said it obtained a controlling interest in the new venture with Daybreak, dubbed NantG Mobile LLC. That new venture will develop and publish mobile versions of current Daybreak games and build and publish video games across all platforms.

In addition, the venture will assume control and management of the current PC H1Z1: Battle Royale game.

Separately, the Los Angeles Times is expected soon to be adding coverage of e-sports competitions in its sports section.

San Diego-based Daybreak is the developer and publisher of H1Z1: Battle Royale, which is available on PC and has more than 12 million players on PlayStation 4 to date. Its games portfolio also includes the EverQuest MMO franchise, PlanetSide 2, DC Universe Online, The Lord of the Rings Online and Dungeons & Dragons Online.

The gaming studio is owned by Jason Epstein, who is its chairman.

“Daybreak Games is pleased to have NantWorks as our investment partner to support and accelerate the growth of our company,” Epstein said in a statement. “Working with NantWorks, NantStudio and Dr. Soon-Shiong will allow us to maintain our cutting-edge development in the video game industry and to benefit from Nant’s technological expertise and reach as a resource.”

“I am delighted that our software capabilities at NantWorks, together with the creative expertise and infrastructure at NantStudio – which includes our low latency fiber network, will help accelerate the development of the platform at Daybreak, a company with history dating back to its origins as Sony Online Entertainment,” said Soon-Shiong. “Their achievements in the development of gaming technology have contributed greatly to this emerging field of virtual sports and we view this medium as an important media engagement engine.”

This website uses cookies to improve your experience while you navigate through the website. Out of these, the cookies that are categorized as necessary are stored on your browser as they are essential for the working of basic functionalities of the website. We also use third-party cookies that help us analyze and understand how you use this website. These cookies will be stored in your browser only with your consent. You also have the option to opt-out of these cookies. But opting out of some of these cookies may affect your browsing experience.
Necessary Always Enabled
Necessary cookies are absolutely essential for the website to function properly. These cookies ensure basic functionalities and security features of the website, anonymously.
Functional
Functional cookies help to perform certain functionalities like sharing the content of the website on social media platforms, collect feedbacks, and other third-party features.
Performance
Performance cookies are used to understand and analyze the key performance indexes of the website which helps in delivering a better user experience for the visitors.
Analytics
Analytical cookies are used to understand how visitors interact with the website. These cookies help provide information on metrics the number of visitors, bounce rate, traffic source, etc.
Advertisement
Advertisement cookies are used to provide visitors with relevant ads and marketing campaigns. These cookies track visitors across websites and collect information to provide customized ads.
Others
Other uncategorized cookies are those that are being analyzed and have not been classified into a category as yet.
SAVE & ACCEPT